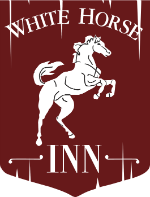 Are Hinduism, Buddhism, Islam and Christianity simply different paths to the same destination?
What right do you have to claim that your religion is the only true religion and all others are false?
Don’t claims of absolute truth lead to religious extremism and violence?

These questions are commonplace in our tolerance based, “coexist” American culture. When Christians attempt to share their faith they are often accused of being narrow minded or bigoted. Throughout history the Christian church has had their beliefs challenged and have been charged with spreading intolerance.

The major question that has always been debated is the identity of God. Who is He and what is He like?
The doctrine of the Triune nature of God is one of the central teachings of Christianity, and yet, many Christians are either confused or ignorant of it.

We are offering a six week study, produced by the White Horse Inn, entitled “Do we all worship the same God?”

This study is a natural follow-up to Pastor Jason’s study on Christ, Christianity and Culture, and will provide a basic understanding of major world religions as compared to the truth claims of Christianity and how to respond to them.

Click on the link below to find out more about our WHI Discussion Group:

WHI Discussion Group - Do We All Worship the Same God?

Who Was Jesus' Father?

The Sometimes Confusing Use of OT Prophecy in the NT...